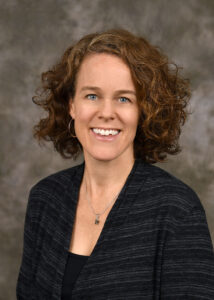 Beth Elise Whitaker is professor of political science and executive director of the Office of Interdisciplinary Studies at the University of North Carolina at Charlotte. She is a coordinator of the Migration Research Network. Whitaker’s research focuses on migration and security, especially in sub-Saharan Africa. Her work on African migration explores how political dynamics influence attitudes and policies toward immigrants, refugees, and emigrants. As a Fulbright Scholar in Kenya in 2005-2006, she examined U.S.-African counter-terrorism cooperation. With a grant from the Minerva Initiative of the U.S. Department of Defense, Whitaker and colleagues launched the Resources and Conflict Project to study how rebel groups’ illicit funding strategies influence conflict dynamics. Whitaker has conducted field research in Tanzania (1996-1998, 2003), Kenya (2005-2006, 2015, 2016), and Botswana (2005).

Whitaker is past chair of the African Politics Conference Group, a network of political scientists who study Africa, and was co-leader of the American Political Science Association 2015 Africa Workshop on conflict and political violence. She worked previously at the Brookings Institution and the American Council on Education and has consulted for the U.S. Department of State, U.S. Department of Defense, Social Science Research Council, United Nations Foundation, and Save the Children Fund. She earned her bachelor’s degree in public and international affairs from Princeton University and her master’s and Ph.D. in political science from the University of North Carolina at Chapel Hill.