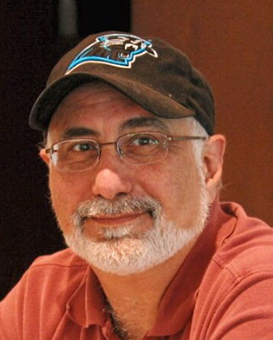 Jonathan Marks is Professor of Anthropology at the University of North Carolina at Charlotte, where he has taught since the beginning of the present millennium, after brief stretches at Yale and Berkeley.  His primary training is in biological anthropology and genetics, but his interests are broad, and he has published widely across the sciences and humanities on the general topics of human origins and human diversity.  In 2006 he was elected a Fellow of the American Association for the Advancement of Science.  In 2012 he was awarded the First Citizen’s Bank Scholar’s Medal from UNC Charlotte.  In recent years he has been a Visiting Research Fellow at the ESRC Genomics Forum in Edinburgh, at the Max Planck Institute for the History of Science in Berlin, and a Templeton Fellow at the Institute for Advanced Study at Notre Dame. Although he has written books called What it Means to be 98% Chimpanzee and Why I am Not a Scientist, he would like it to be known, for the record, that he is about 98% scientist, and not a chimpanzee.

2015 Tales of the ex-Apes: How We Think about Human Evolution.  Berkeley, CA: University of California Press.