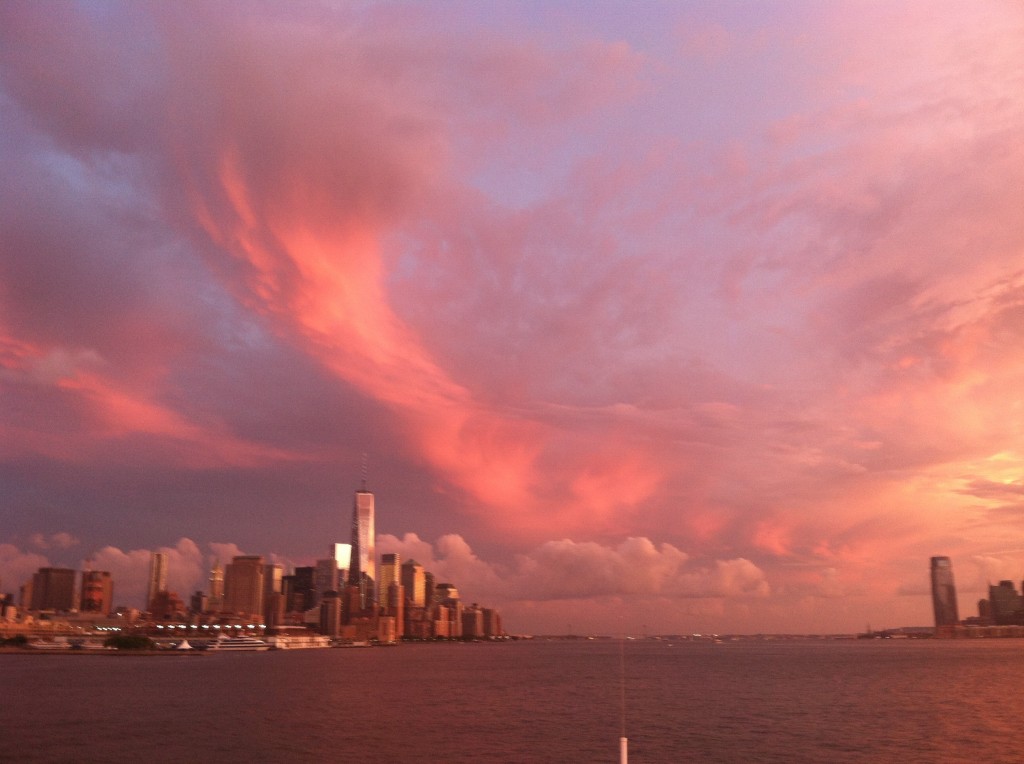 I was able to attend the 2014 Ethnographic Praxis in Industry Conference (EPIC) in NYC last week. It was absolutely fascinating. As an ethnographer who works in academia but also on applied anthropology projects, it was great to learn about the different kinds of work and thinking going on at places like Google, Intel, and GM, to name a few of the companies represented. I could write several posts on the conference, since some of the talks and other events were very interesting on their own (the keynote from Christian Madsbjerg, Sue Faulkner and Anne McClard’s talk on Intel’s work with female makers, the Corporate Social Responsibility salon, and the Pacha Kuchas were all worthy of more than a quick mention in a blogpost). But here, I just want to give my overall impressions, after a few days of reflection about the conference. The link to the conference, agenda, and program is here.

Some of the best parts of the conference were not at the conference proper — lunchtime networking, after-hours receptions at local consulting firms, and the amazing evening cruise around (most of) Manhattan led to many good conversations and business card exchanges. If I was looking for a job as an ethnographer in the business world, this would be a great place to start. As usually, in-person conferences remind me of how difficult it would be to design a similar experience on-line. NYC at sunset on EPIC cruise

This experience is also related to the people who attended EPIC — with very few exceptions, almost everyone wanted to talk and make connections. Even when they knew I was an academic, I had great conversations about software, project ideas, and teaching, in addition to the conference experience itself.

The format was really nice. There were 350 people in one room, except when we split into several smaller salons once. I prefer this kind of one-room conference because it gives everyone something they can talk about with anyone else. I also have the sense that it leads to better curated panels. Only a few talks missed the mark (both for me and others I talked to), and all will be published in the conference proceedings (we had drafts at the conference, too, for those we wanted to read in more detail).

There was a distinct focus on design and marketing, as mentioned by Christian Madsbjerg in his keynote. Similarly, there seemed to be few people working with non-profits, policy, or other kinds of contexts. Given that the conference is focused explicitly on industry, this isn’t surprising, but I’d like to know where the Ethnographic Praxis in Policy Contexts conference is. Finally, there were very few (only one?) talks about sustainability, and Mia Kruse Rasmussen, who presented the paper with Johanne Mose Entwistle, said she was surprised there weren’t more, given how central this issue has become for many businesses. We did have a good discussion about corporate social responsibility in the salon with Ed Liebow and Stokes Jones, and I hope that will lead to a few papers on sustainability next year. The talks were all videotaped, and I hope to show some in my applied anthropology course next semester. I thought videos might be a really nice way to start to share the kinds of work that are just so hard to access as an outsider. Videos will be posted at http://epicpeople.org/ in October.

One of few downsides was the cost ($500 is the most I’ve ever paid for a conference, but students were able to volunteer instead).

For another take on the conference, see Donna Lanclos’s post here.