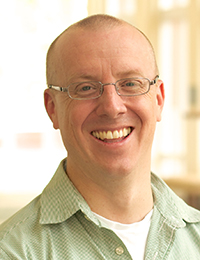 Gordon W. Olson is a lecturer and lighting designer for the College of Arts + Architecture. Before assisting on the Broadway productions of Good People (World Premiere) and Jerusalem (Tony Nominated – Best Lighting Design) in 2011, Gordon Olson spent three years as Resident Lighting Designer with Florida Grand Opera, where his designs for Madama Butterfly, Lucia di Lammermoor, and Cosi fan Tutte won critical praise. Between 2006-2008, Gordon served as the Lighting Supervisor for Houston Grand Opera, where he designed the lighting for a world premiere production of Hansel and Gretel. Other design engagements include Pagliacci with San Antonio Opera and Into the Woods with the Renaissance Theatre. To date, Gordon has been involved with the lighting of over 90 productions in his professional career. He received his BFA from the University of Arizona in 2001 and his MFA from the University of Texas – Austin in 2004.