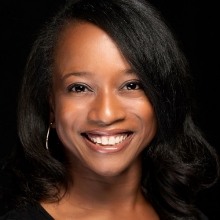 Ashley L. Tate is a director, choreographer, educator, and performer from Saint Louis, Missouri.  She is an assistant professor of dance at UNC Charlotte and founder, artistic director, and executive director of Ashleyliane Dance Company (ADC). ADC is a professional performance organization based in St. Louis, MO with a mission to cultivate diverse repertory, create safe educational spaces, and promote the intersection of dance and social issues.  Tate earned her BS degree in Computer Information Science from Texas Christian University and received her MFA in Dance from Washington University in St. Louis, where she was a recipient of the Spencer T & Ann W. Olin Fellowship for Women in Graduate Study.  Her current research interests includes the use of dance as a vehicle for community advocacy and collaboration, as well as the visual, auditory, and kinesthetic benefits of hip-hop music and movement.

Tate recently served as an adjunct professor of dance at Saint Louis University, Washington University in St. Louis, Webster University, and Southeast Missouri State University, and as the former chair of the dance department at Grand Center Arts Academy. She is a recipient of Grand Center’s Emerging Artist Visionary Award and has served as a judge for the Fox Performing Arts Charitable Foundation’s Teen Talent Showcase for several years. She is also a winner of the Pulse On Tour Dance Convention Protégé Scholarship, a Monsters of Hip Hop Scholarship (and a former Monsters Show Nominee), and was formerly signed as a dancer and dance educator with Clear Talent Group in Los Angeles, California. Her work has been featured in showcases at the Peridance Capezio Center, TADA! Theater, and Baruch Performing Arts Center in New York City, as well as the Choreographer’s Carnival in Chicago, Illinois, and Versatility Dance Festival in Boulder, Colorado, and Santa Monica, California.  She is also the co-producer of Dance the Vote, a non-partisan grassroots arts-based voter registration initiative founded by Joan Lipkin.

Tate has choreographed for the concert stage, NCAA/NFL basketball and football halftime shows, studio recitals, theatre productions and national and regional dance competitions. She teaches master classes and workshops in contemporary, jazz, hip hop, modern, improvisation, and composition. She was a member of the Saint Louis Rams Football Cheerleaders, serving as a captain for two years. Tate is currently a board member for Missouri Dance Organization and a member of the National Dance Education Organization and the International Association of Blacks in Dance. She is also a certified Zumba® instructor.