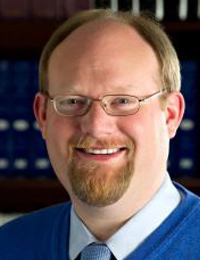 James A. Grymes is a Professor of Musicology in the Department of Music. Dr. Grymes is the author of Violins of Hope: Instruments of Hope and Liberation in Mankind’s Darkest Hour (HarperCollins, 2014). A stirring testament to the strength of the human spirit and the power of music, Violins of Hope tells the remarkable stories of violins played by Jewish musicians during the Holocaust, and of the Israeli violinmaker dedicated to bringing these inspirational instruments back to life. Composer John Williams describes Violins of Hope as “a work of research and scholarship that forms one of the most moving chronicles in the history of Western music,” and Publishers Weekly praises it for “breath[ing] new life into history.” Violins of Hope won the 2014 National Jewish Book Award in the Holocaust category and is currently being translated for publication in German, Japanese, and Thai.

In addition to his books, Dr. Grymes has written essays for the Huffington Post and the Israeli music magazine Opus, and his articles have appeared in scholarly journals such as Acta Musicologica, Hungarian Quarterly, Music Library Association Notes, and Studia Musicologica. His internationally significant research has been published in English, French, German, Hebrew, and Hungarian. He has also presented papers on a wide variety of topics from the medieval period through the present at regional, national, and international conferences hosted by organizations such as the American Musical Instrument Society, American Musicological Society, American String Teachers Association, College Music Society, College Orchestra Directors Association, Institute for Musicology of the Hungarian Academy of Sciences, and Society for Ethnomusicology.

He is a dynamic lecturer who has addressed audiences all over the country, including prominent venues such as Weill Recital Hall at Carnegie Hall. His lectures at UNC Charlotte have been featured in news stories by regional affiliates of CBS, Fox, NBC, and NPR, some of which have been rebroadcast nationwide, and he has been interviewed by national print and broadcast media including the New York Times, ABC News, and CNN about his classes.

A recipient of teaching awards from the American Musicological Society and the University of North Carolina Board of Governors, Dr. Grymes has introduced his pedagogical innovations at national conferences hosted by the American Musicological Society, the Association for Technology in Music Instruction, the College Music Society, the National Association of Schools of Music, and the National Symposium on Music Instruction Technology. The techniques he pioneered for using the performances on American Idol to introduce the principles of music criticism is featured in a book on Pop-Culture Pedagogy in the Music Classroom: Teaching Tools from American Idol to YouTube (Scarecrow Press, 2011). The groundbreaking methodology he developed with composition professor John Allemeier to integrate composition and improvisation into the study of music history and literature was the subject of an article in the Journal of Music History Pedagogy.