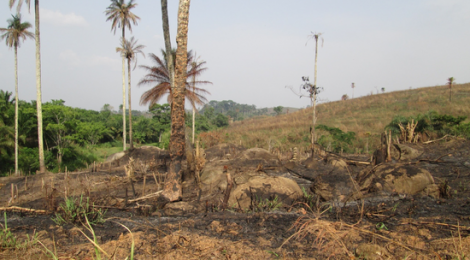 I used to work in a virology lab as a summer research assistant, and one summer I helped study the Ebola virus. This was in the early 1990s, and we only had access to one protein of Ebola reston, the least deadly strain of Ebola. But I read a lot about Ebola, including the Hot Zone book that would become a movie with Dustin Hoffman, as well as many academic and medical papers about the disease.

Watching the largest Ebola epidemic unfold in Africa this year is heartbreaking because it is largely preventable. Ebola is spread through the fluids of infected individuals, much like other blood-bourne illnesses. Gloves, masks, and basic isolation protocols can halt its spread, and for this reason we will likely never see an epidemic of blood-bourne Ebola in the US.

Vox currently has a post about why Ebola is spreading in Africa, and how this is tied to health care spending:

So we can’t be surprised about the current Ebola outbreak. We can’t lament the fact that there’s no cure or that it’s an unstoppable and violent virus when remedies could be expedited; we just don’t prioritize them over other, more potentially profitable health problems.

Priorities and profit are assumed to be the values behind pharmaceutical research and development decisions, rather than the health of millions or billions of people. While the article faults the health care system too, the state of these systems can also be tied to setting funding priorities that are not the health and wellbeing of the residents of the country.

There’s also a very good overview of the current outbreak in a recent PLOS article  by Bausch and Schwarz (open access):

Despite the frequently promulgated image of Ebola virus mysteriously and randomly emerging from the forest, the sites of attack are far from random; large hemorrhagic fever virus outbreaks almost invariable occur in areas in which the economy and public health system have been decimated from years of civil conflict or failed development [10]–[13]. Biological and ecological factors may drive emergence of the virus from the forest, but clearly the sociopolitical landscape dictates where it goes from there—an isolated case or two or a large and sustained outbreak.

Under situations where livelihood options are scarce, people take more risks by going deeper into forests (already thinned by industrial deforestation) where they might encounter Ebola. Add to this the weakened health infrastructure in places like Guinea, and there is little to stop the spread of the virus. Bausch and Schwarz also discuss the political context of Guinea and similar countries, which include corruption, civil wars, and/or large-scale industrial deforestation that impoverish most of the country and contribute to poor livelihood options and healthcare. The area known as the Guinea Forest Region, now largely deforested because of logging and clearing and burning of the land for agriculture.
Photo credit: Daniel Bausch. Used under a Creative Commons License

What does this have to do with sustainability? From my perspective, sustainability is about creating the conditions under which people and their environments can survive and thrive. In places like Guinea, dis-investment in infrastructure, health, and livelihoods has created the conditions under which Ebola can emerge and spread, creating greater problems (other epidemics, including AIDS, have also emerged under these kinds of conditions).

Understanding more of this context, beyond the epidemiology, can help identify potential places where outbreaks may occur, according to Bausch and Schwarz. However, they also suggest that, “Although the focus is often on the rapidity and efficacy of the short-term international response, attention to these admittedly challenging underlying factors will be required for long-term prevention and control.”

I would add that long-term sustainability of the forests, health, and well-being of Guinea would also benefit from addressing these factors; while Ebola has the world’s attention, it is merely the most globally-threatening symptom of deeper problems that plague much of the world.