Balaka Basu recently presented a paper titled “‘Before I’ll not be wanting visitors for a while’: The Social Consequences of Pregnancy in the works of L.M. Montgomery” in a plenary session at the L.M. Montgomery Institute’s 12th Biennial Conference, “L.M. Montgomery and Gender,” at the University of Prince Edward Island.

Kirk Melnikoff has agreed to edit The Tragical Reign of Selimus for Queen’s Men Editions. His scholarly edition will be published in 2018 or 2019.
Alan Rauch recently presented a paper titled “The Intentions of the Image:  Illustrations, Transtextuality, and Ideology in Nineteenth-Century Texts for Children” at the annual meeting of the Society for the History of Authorship, Reading, and Publishing.  The meeting took place in Paris.

Quirky Quiz Question —  The novelist Dorothy L. Sayers is one of the first women to earn a degree from Oxford University.  In her novel Gaudy Night, Sayers calls the Oxford college that she attended Shrewsbury College, but this is a fictional name.  Does anybody know the real name of the college within Oxford University that Sayers attended?

Last week’s answer: Cambridge
Sir Isaac Newton was not an early member of the English Department, but he was a professor.  Does anybody know the name of the university where Newton taught mathematics?

Standing on Shoulders —  In 1676 Sir Isaac Newton wrote, “If I have seen further, it is by standing on the shoulders of giants.”  Since then the phrase “standing on the shoulders of giants” has taken on a life of its own.  It is now used to acknowledge and appreciate the work of of those who came before us.  I often think of this phrase when I reflect on my role in the history of our English Department.  When I arrived at UNC Charlotte in August 1984, many of the department’s early faculty members were still teaching.  I feel fortunate that I got to know most of the faculty members who built the English Department from its beginnings in the mid-1960s through the pivotal years of the 1970s and early ’80s.  I truly believe that the current strengths of the English Department can be traced back to the hard work and visionary thinking of the people who came before us.

For the aforementioned reasons, I am very pleased to announce that Alan Rauch has completely updated the “Emeritus Faculty” section of our department website.  He has located photographs of nearly all of these faculty members.  I urge everyone to take a look at this section of our website, and I thank Alan for taking the time to locate and post photographs of these former faculty members.  Here is the link:  http://english.uncc.edu/people/emeritus-faculty

Quirky Quiz Question —  Sir Isaac Newton was not an early member of the English Department, but he was a professor.  Does anybody know the name of the university where Newton taught mathematics?

Last week’s answer: Dream a Little Dream of Me

The title of Bryn Chancellor’s debut novel is Sycamore. This title reminds me of the following line from a song recorded by Ella Fitzgerald and Louis Armstrong:  “Birds singing in a sycamore tree.”  Does anybody know the name of this classic song? 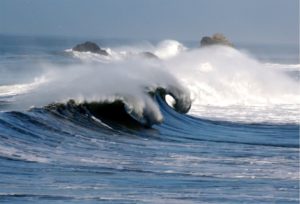 Creative Writers Make Waves — Our creative writing faculty members have been making waves this summer. Here are some of the most recent developments that have come to my attention. Bryn Chancellor’s debut novel, Sycamore, has been officially accepted by Harper Books (HarperCollins) and is scheduled to be published in May 2017. Chris Davis has recently had a string of poems accepted for publication by some of the leading creative writing journals, including Bennington Review, Cimmaron Review, Hawaii Review, Bloom, and New Madrid Review. Andrew Hartley’s new YA novel, Steeplejack, has just been published by Tor Teen. Paula Matinac has just had her story titled “Eds and Meds” accepted for publication in Main Street Rag. I congratulate all of these fine writers on their latest successes.

Sam Shapiro’s Film Fame — Sam Shapiro regularly teaches film studies courses in the English Department as a part-time faculty member, but his full-time job is with the Charlotte Mecklenburg Public Library, where he runs the library’s film programming. This summer Sam has organized a film series titled “Hollywood Shoots Itself: Eleven Movies about Movies.” Here is a link with more information about this film series: https://www.cmlibrary.org/blog/hollywood-shoots-itself-film-series.

Sam’s film series often get great publicity, but his latest film series is getting such positive press coverage that even Sam has been pleasantly surprised. In the past week, Creative Loafing ran a cover story about the film series: http://clclt.com/charlotte/hollywood-turns-the-camera-on-itself-in-new-film-series/Content?oid=3759731 Lawrence Toppman from The Charlotte Observer also ran a very positive article about Sam and his latest film series: http://www.charlotteobserver.com/entertainment/ent-columns-blogs/lawrence-toppman/article85844997.html

As the aforementioned articles make clear, Sam is a major player in Charlotte’s film scene, and we are fortunate that he shares his expertise with our students.

Quirky Quiz Question — The title of Bryn Chancellor’s debut novel is Sycamore. This title reminds me of the following line from a song recorded by Ella Fitzgerald and Louis Armstrong: “Birds singing in a sycamore tree.” Does anybody know the name of this classic song?

In coming up with today’s Quirky Quiz Question, I tried to think of a connection between Lewis Carroll and Boyd Davis.  Here’s what came to mind:  In addition to teaching linguistics courses, Boyd Davis has also taught courses on Geoffrey Chaucer.  Both Chaucer and Lewis Carroll are memorialized in a place called Poets’ Corner.  In what building is Poets’ Corner located? 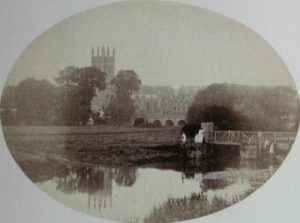 The Value of Sharing Stories — On the afternoon of July 4, 1862, Lewis Carroll took Alice Liddell and her two sisters on a three-mile boating trip along the Thames River.  During the course of this excursion, Carroll told the girls a story that he initially called “Alice’s Adventures Underground.”  The origins of Carroll’s Alice’s Adventures in Wonderland, can be traced back to the afternoon when Carroll shared his topsy-turvy story with the Liddell girls.  As this historical tidbit demonstrates, the process of sharing stories can lead to the creation of great works of literature.

However, the wonders associated with the sharing of stories transcend the world of literature.  For example, our colleague Boyd Davis is doing pioneering work on the importance of sharing stories when caring for people with dementia.  She has helped develop a smartphone app called Story-Call that facilitates storytelling within the context of dementia care-giving.  In a recently published co-authored article on a pilot-study involving Story-Call, she discusses the value of “storytelling as a way to promote more healthful and resilient living.”  Here is a link to the article:  http://ojni.org/issues/?p=3095

At first glance, it might seem a bit odd to pair up the origin story behind Alice’s Adventures in Wonderland with Boyd’s Story-Call smartphone app, but both of these examples underscore the value of sharing stories.  Although the members of our English Department come from very diverse backgrounds in terms of our areas of expertise, we work well together in part because we all recognize and celebrate the power of storytelling.

Celebrating the Successes of Our Former Graduate Students — This past week, I took pride and pleasure in the successes of three of our former graduate students.

Bobbie Cavnar was a featured guest this past week on Charlotte Talks.  Bobbie received his M.A in English from our department several years ago, and he recently was named North Carolina Teacher of the Year.  Here is the link:  http://wfae.org/post/nc-teacher-year-profound-gentlemen

Dina Schiff Massachi, a recent graduate of our M.A in English (with a concentration in children’s literature) just published an article titled “Why the Wizard of Oz Still Resonates with Americans” in The Charlotte Viewpoint. Here is the link:  http://www.charlotteviewpoint.org/article/3615/Wizard-of-Oz-American-Psyche

Quirky Quiz Question —  In coming up with today’s Quirky Quiz Question, I tried to think of a connection between Lewis Carroll and Boyd Davis.  Here’s what came to mind:  In addition to teaching linguistics courses, Boyd Davis has also taught courses on Geoffrey Chaucer.  Both Chaucer and Lewis Carroll are memorialized in a place called Poets’ Corner.  In what building is Poets’ Corner located?

Last week’s answer: Baton Rouge
In addition to figuring prominently in this Monday Missive, the word baton can be found in other places, including the map of Louisiana.  What is the place name in Louisiana that includes the word baton?
Skip to toolbar